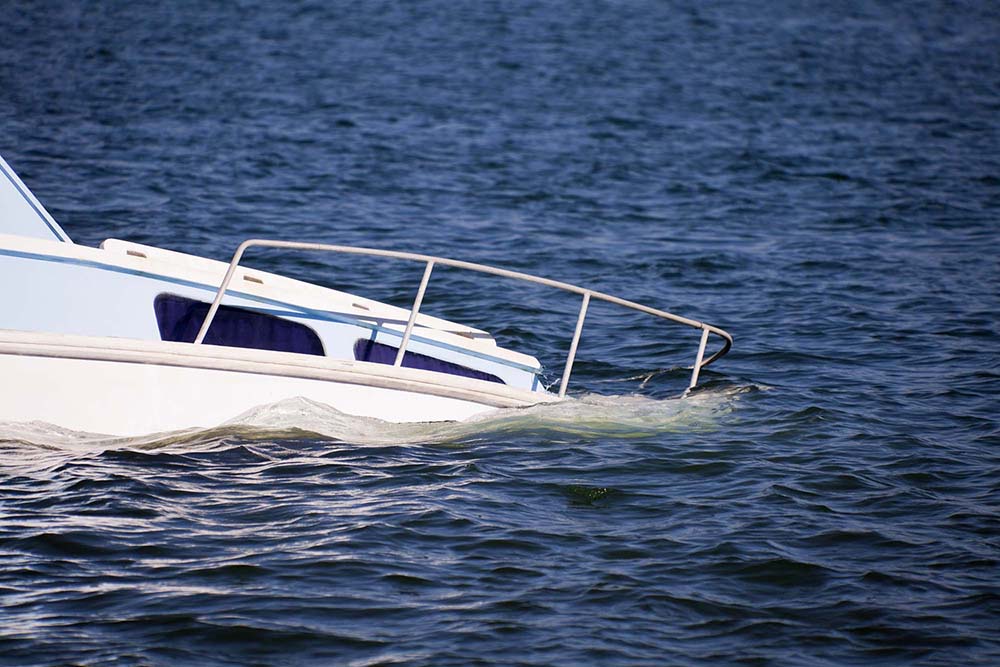 If you or your loved one has been hurt in a boating accident, you may be entitled to compensation. Here at Buche & Associates, P.C. we represent boat accident victims like you, and we have the skills, experience and dedication it takes to achieve the best possible outcome for you and your family.

Boating accidents can involve any type of watercraft, including houseboats, speedboats, sailboats, and small vessels like a Ski-Doo, kayak, canoe, or Jet-Ski. While relatively rare, accidents can and do happen that involve larger commercial boats like ferries, cruise ships, ocean freighters, barges and historic boats like tall ships. Contact boating accident attorneys today.

What Causes Most Boating Accidents?

Drivers who are impaired by drugs or alcohol, operating an unsafe vehicle or are distracted by a cell phone or other digital device cause thousands of crashes on San Diego roads every year, and those same factors are often involved in boating accidents as well.

Operating a digital device while piloting a watercraft is just as dangerous as it is on the roads. While boating is meant to be a leisure activity, the fact is that safe boating requires the full attention of the boat pilot. The same is true when it comes to impairment by alcohol, drugs, fatigue, or a combination of all three. On the water, being impaired or distracted is a recipe for disaster.

In many cases, a boat operator over-estimates their navigation skills and under-estimates the many hazards that come with piloting a watercraft. They may simply have been driving too fast for the water conditions, traveling in an area they weren’t familiar with, or operating a boat they weren’t qualified to pilot. Often boating accidents are caused by a combination of factors that come together, however, most of these factors are largely caused by human error, negligence or sheer indifference.

Another thing that often leads to accidents on the water is a failure to have and use the proper safety equipment. Boat owners and drivers are responsible for the safety of everyone onboard their watercraft as well as swimmers and other boaters who they might encounter while out on a lake, river, or the ocean. If critical safety gear like lights, lifejackets, signaling devices and propeller guards aren’t both in place and in good condition, accidents can happen. Contact boating accident attorneys today.

Were Alcohol or Drugs a Factor in Your Boating Accident?

Despite the fact that the laws in California are clear around consumption of alcohol and using drugs while piloting a boat, the sad reality is that every year in the United States lives are forever changed because someone decided to break the law and boat while under the influence.

It’s illegal to operate any vessel on any waterway within the state with a breath alcohol concentration (BAC) of .08 percent or greater, and that includes driving a houseboat, sailboat, or any other type of boat, regardless of who owns it or how it’s powered.

Anti-BUI laws are even tougher for operators of non-recreational boats such as ferries, water taxis, barges, cruise ships and tourist boats, as well as fishing boats operated by a professional outfitter for hire. In these situations the maximum allowable BAC is just .04 percent – a level that’s easily reached by consuming just one or two beers, a glass of wine, or a typical mixed drink. In fact, at .04 BAC most people won’t even feel the effects of the alcohol or act in a way that makes them appear to be impaired, but the reality is that just a small amount of alcohol can significantly alter how a boat operator manages their watercraft.

In California, boating while under the influence, or BUI, can lead to a jail sentence of up to six months and up to $1,000 in fines for offenders who have either never been convicted of a prior BUI or DUI offence, or who had prior convictions that were at least seven or more years ago. Offenders who are caught boating while impaired within seven years of being convicted for either driving under the influence or boating under the influence face up to a year of jail time, $1,000 in fines and the possibility that they may have to participate in a court-ordered substance abuse treatment program lasting anywhere from 18 to 30 months.

Additionally, all California boaters who have been convicted of operating any type of mechanically-propelled vessel (a motorized boat of any size) have to successfully complete a California Department of Boating and Waterways boater safety course within six months of their conviction.

If you’re a victim of a boating accident where the boat operator may have been impaired by drugs or alcohol, call us here at Buche & Associates, P.C.. Our team of accident attorneys has extensive experience dealing with complex laws involving vehicle accidents, experience with boating and navigation, and we’ll fight to help you get the compensation you deserve. We know boating laws in California, and we use that knowledge to negotiate the best possible outcome from your boating accident.

Unlike with car crashes, when a boating accident happens it can be difficult to understand exactly what happened. There’s often few, if any, witnesses, and in many situations the people who did witness the accident may have trouble describing exactly what they saw. Unless someone happens to be videotaping the scene at the exact moment of the accident, often it’s up to experts and the victims’ lawyers to put together an accurate account of what exactly happened on the water.

It’s important to recognize that there may be more than one liable party when it comes to seeking damages following a boating accident in California. Often the first person to be held responsible is the one who was actually piloting the watercraft, however, establishing the identity of the boat driver can sometimes be difficult to do. It’s not uncommon for a number of people to be out on a pleasure boat for the day who share the piloting duties.

The owner of the watercraft may also be liable in situations where a boat passenger, operator, or someone who was in another boat has been injured or worse. If there is evidence that the boat owner neglected to maintain the proper safety equipment, ensure that the person they allowed to operate their boat was qualified, or any other type of owner negligence occurred, victims could possibly seek damages from the owner and their insurance company.

In situations where a commercial watercraft has been involved in an accident, the company that owns the boat may be held liable for medical bills, pain and suffering of victims of an accident involving their boat. This can include accidents that happen on the boat itself, such as a slip and fall, crushing injury from a door that closed suddenly, head injury, or other type of damage to a passenger. If the boat accident involves a dock or other structure, the owner of that facility could be at fault as well. Contact boating accident attorneys today.

Injured in a Boating Accident? Call Us For Your Free Consultation

The fact is that finding out who’s at fault – and who should pay – is a complicated process. That’s not to say that victims of boating accidents should simply give up on getting the compensation they deserve, but it is important to seek legal advice from a qualified, experienced boating accident attorney as soon as possible.

Here at Buche & Associates, P.C. our team of boating accident attorneys have the knowledge and skills it takes to provide victims of boating accidents with the legal representation they need. If you or your loved one have been involved in a boating accident in California contact us right away to schedule your free, confidential consultation. We’ll review your case, explain your options and help you decide what the best path forward is for you and your family.

What our Clients have to say about our San Diego Attorneys...